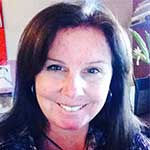 As I have adjusted to my new role as ACE President, I am reminded how incredibly fortunate I am to work at Foothill-De Anza. ACE leadership, past and present, have negotiated a strong contract with great benefits and established a fiscally stable, independent business which allows myself and the ACE Executive Board to focus on representing the interests of our members.  In working with members, I am shown daily that the classified professionals of FHDA are smart, resourceful, hard working and dedicated to student success, even under challenging circumstances.

What is on the horizon for ACE?

What ACE needs from you?

As I continue to learn and grow in this job one thing will remain constant, my door is always open.  Please contact me with any comments, questions or concerns.

By Chris Dubeau, Chair of Negotiations 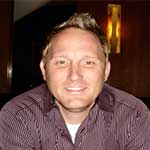 COLA and ACE Contract
For 2015-2016, ACE presented the District with a proposal which included a 6% COLA, additional increases to longevity awards, and language changes to reemployment rights and layoffs (based on a court decision out of Southern California). With large one-time fund balances, increases to ongoing funding, and the District’s stated desire to increase the salary scale to help offset the high cost of living, your ACE negotiations team felt the economic package requested from the District was appropriate. The district proposed some changes regarding leaves, hours, and overtime, based on new/updated laws. Our economic proposal will not be resolved until after we settle negotiations on health benefits.

Health Benefits
In December at the Joint Labor Management Benefits Committee (JMLBC) meeting, ACE, CSEA, FA, POA and the Teamsters jointly submitted a proposal that included an increase to the district’s Per Employee Per Month (PEPM) contribution for health care costs, which hasn’t increased since 2007. Our proposal also included a request to use one-time monies to fund the Post 97 VEBA. The District’s initial counter-proposal was disappointing.

With a two-year delay of the 40 percent excise tax on high-cost employer-sponsored health plans, now tax deductible for employers and slated for 2020, and a one-year delay on the ACA Health Insurance Tax for CALPERS, decreasing CALPERS cost for 2017 between 3.5% to 4% depending on each client (in our case it is the District), even with universal rising health care costs, the burden to the District isn’t as dire as they would like us to believe. ACE and the other bargaining units remain steadfast in our commitment to no increases in employee health care premiums for the 2017 plan year and the use of one-time funds for the VEBA.  We are close to an agreement.

By Christine Mangiameli
ACE Foothill Board Member, VEBA Board Trustee

The disparity between employee retirement benefits reached a tipping point for post-1997 employees in 2010 with rising health care costs and the District steadfast in their refusal to address the disparity in benefits.  In response, the collective bargaining units- ACE, CSEA, FA, POA, Teamsters, and later Administrators- began the process of establishing a fund called the Voluntary Employees Beneficiary Association (VEBA) to help offset medical benefits costs for post-1997 retirees.

How is the VEBA funded?

In 2010, ACE and FA agreed to set aside $250,000 each as part of a salary negotiation with the District to help fund the VEBA.  The District matched those contributions, setting up the VEBA with an initial $1 million in funding.  Ongoing funding is provided by all district employees in the form of $2 (employee), $4 (employee +1) or $6 (employee +family) and is included in their monthly health care contribution rate.

Who is eligible for the VEBA?

Eligibility is based on three factors for anyone hired on or after July 1, 1997:

What is happening today with the VEBA?
The VEBA joint Board of Trustees is finalizing the trust with payments to eligible retirees slated to begin in early 2017.  The current payout rate is estimated to be a slightly less than $100 a month, and at the going contribution rate, the fund would be depleted in 20 years.

To help stabilize the VEBA fund, as part of this year’s joint negotiations on health care, we have asked the District to provide additional funding to the VEBA using one-time funds, of which the District has nearly $40 million and cannot be used towards ongoing expenses, like COLAs. Their response has not been favorable

Benefits of a Union

A strong union comes from the commitment and participation of its members. It takes active participation and commitment from all the members of a union to effectively protect and serve the membership as a whole. The most obvious benefit of a union is having an organization that is always there to represent and protect you and provide you with greater job security. The second is having greater bargaining power around health benefits and salary because of your concerted group effort to obtain the greatest possible result. The following are important benefits in joining a union and having a union contract:

Job Security
When there are layoffs on campus, there are greater protections for you because of your union. Members’ interests are protected by the union to ensure proper procedures are followed and rights are protected.

Grievance Procedures
Anyone can file a grievance, but as a union member, you have the expertise of the union behind every meritorious issue and contract violation.  ACE provides access to a labor attorney who is always available for consultation and guidance. ACE also has Chief Stewards and Stewards on both campuses to ensure the contract is followed and to assist members in filing grievances when it is not.

Binding Arbitration
The ACE contract provides for binding arbitration for all contract disputes. This means that if the issue isn’t resolved at the District level, an independent arbitrator will render a decision that will bind both the District and ACE.

Progressive Steps of Discipline
Although the Education Code provides certain protections when there is a disciplinary action, without union representation and expertise the District would provide the absolute minimum.  However, in the union setting, the progressive steps of discipline must be followed.

Bargaining Power
When you join together as a group and form a union to act with one voice you force the employer to bargain with the group as a whole for important items such as health insurance and salary increases. In many job scenarios, an employer can unilaterally decide how much they will contribute to their employee’s health insurance plans. However, in a union setting, there is a joint labor-management group consisting of all unions and management that makes these decisions to assure that all members are treated fairly and given the best possible resolution.

Your union is here to protect you in every way possible. However, it takes the entire membership to make this work. Your union reps cannot be everywhere, all the time. Therefore, ACE must rely on its members to bring issues forward. If your union representatives do not know about an issue, then they cannot do what what is needed to protect the membership. Every member should know who their campus Chief Steward and Stewards are and should come forward when a contract violation occurs, or even if there is a question about a possible violation. We are here to help and can be reached at 650.949.7789 or ace2@fhda.edu.

It is crucial that we have as many members as possible because the greater our numbers, the greater impact we can have to effect change. Service-fee payers are given the benefit of the contract, but they cannot participate in representing their union members and they cannot vote to ratify the contract or to elect officers. Without participation in these crucial aspects of a union, it makes it difficult for our organization thrive. We need everyone to act as one body for the betterment of all its members.

If we all work together we can accomplish so much.