Cathleen took over as chair of negotiations in January of 2017.  Previously, she had served for two years on the negotiations team.  Currently, Cathleen works as the division assistant in the PSME division at De Anza. 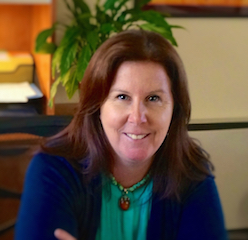 Chris took over as ACE President on Jan. 1, 2016. Her service to ACE started in April of 2014 as a member of the negotiations team where she served as chair for two years. For over a decade, Chris has been actively involved in promoting the professional development of classified staff at Foothill-De Anza. In addition to her work with ACE, Chris served as Foothill College Classified Senate President in 2011. She has also chaired or served on numerous college participatory governance committees including OPC, PaRC and two accreditation subcommittees.  Chris joined Foothill College in 2000 and has worked as a program coordinator II in the Foothill Marketing Office and with the statewide Online Education Initiative (OEI) administered by Foothill – De Anza.